Spectators of the fastest and wildest America’s Cup watched in awe as Oracle Team USA flew to victory winning Race 19 by only 44 seconds!

At the start of the day, Emirates Team New Zealand and Oracle were tied at 8-all on the scoreboard and the final race was to be a winner-takes-all event. 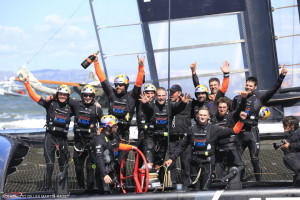 While Emirates Team New Zealand had the lead the first time the boats crossed paths on opposite tacks, by the time they crossed again, the Oracle Team had taken the lead, which culminated one of the greatest comebacks in the history of the sport.

This was year of firsts. The first time the America’s Cup has been held in the United Stated since 1995, and also the first time the Cup was raced inshore. San Francisco Bay provided a breathtaking racecourse for Skipper James Spithill to daringly steer the Oracle’s 72-foot catamaran speeding past Emirates Team New Zealand and into the history books. 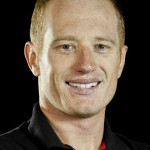 This is Spithill’s second America’s Cup win having previously guided the Oracle Team USA to win the trophy in February 2010 in Valencia, Spain. At the time, he was the youngest ever skipper of a Cup winning team!

“It really is about the team, man,” Spithill said.

An understandably devastated Team New Zealand were gracious in their defeat, “The way they (Oracle) improved and turned things around is just incredible. It was unbelievable,” said skipper Dean Barker. 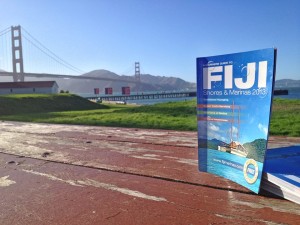 Copies of ‘A Mariners Guide to FIJI Shores & Marinas’ were available for fans to pick up throughout the event which we hope will encourage many sailing enthusiasts to head to FIJI for a little more relaxing style of sailing around our 300 beautiful islands.

Since opening on July 4th, over a million spectators have visited the official America’s Cup venues with hundreds of thousands more lining the shores of San Francisco watching on as record speeds were logged and incredible performances played out.

Congratulations to Oracle Team USA from all of us here in Fiji!