You are here: Home / Features / A Quick Guide to the Fijian Language

“Bula!”, the Fijian ‘hello’, is the best-known Fijian word. Whatever their own language, people who come from Fiji like to say bula to each other when they meet in other parts of the world. 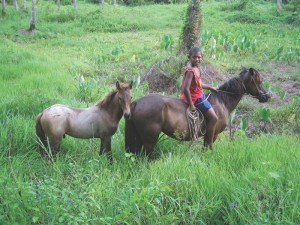 Getting the length of the vowels right is important. For example, vuvu means ‘muddy’, but vūvū means ‘jealous’, and takes about twice as long to pronounce. Here are some small differences in the pronunciation of consonants that English speakers need to bear in mind:

Bula is not the only Fijian word for ‘hello’. Throughout the western part of Fiji, including western Vitilevu, the Yasawa and Mamanuca islands, and Vatulele, the usual word for ‘hello’ is cola (pronounced thola). If you are in western Fiji, try saying cola instead of bula, and the gesture will be appreciated.

There is another, more respectful, way of saying hello, which is by adding nī before the bula or bula vinaka. So Nī bula or Nī bula vinaka is what you might say if you were formally introduced to a chief, or a person of high status.

Fijian uses the Roman alphabet, as do English and most European languages, but some of the letters represent sounds in ways that are unexpected for English speakers.

The vowels are a little different from English – and how different they are depends on what kind of English you speak! If you are a speaker of German, Italian or Spanish, you should have no problems at all, because the five vowels (a, e, i, o, u) are pronounced almost exactly the same. The pronunciation is roughly as follows:

Some vowels have a line over the top: ā, ē, ī, ō, ū. This line is called a ‘macron’, and is used in Fijian and other Pacific languages to show that the vowel is long – so it’s pronounced significantly longer than the same vowel without a macron. It’s a bit like the difference between the vowel in ‘sit’ (short) and ‘seat’ (long).

j – is like ‘ch’, but without the puff of breath that usually follows

k, p, t – are as in English, but without the puff of breath that usually follows. Also, t often sounds like ‘ch’ before the vowel i, so oti

r – is often pronounced as if it were oji (‘ochi’). is rolled, as in Scottish English, Spanish, etc.

v – is pronounced by placing the lips together (not with the lower lip against the upper teeth as in English). 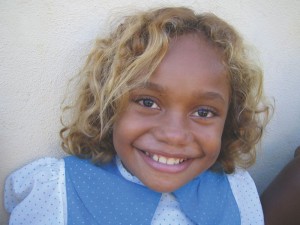 There are many different varieties of Fijian. There are about 300 regional dialects. Of these, approximately one hundred are ‘western’ and two hundred ‘eastern’. These two groups are very distinct, so much so that they should be considered totally different languages.

Below are a few examples of common words that differ between a typical western dialect and Standard Fijian, which is eastern:

Say Bula! A lighthearted pocket guide to the Fijian language

Written by well known linguist, Dr Paul A Geraghty, Associate Professor in Linguistics at the University of the South Pacific