The first A330 arrives home here in Fiji TODAY and before touch-down, will do a fly-by over certain locations in Fiji (take a look at the fly-by scheduled route below) – so look up to the sky as soon as you hear a plane overhead  and join us in shouting ‘BULA’ to welcome her home. 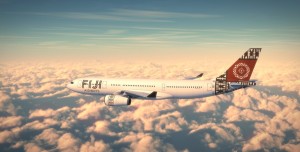 Flying under a new name and with a new brandmark, the new A330s represent the first aircraft designed exclusively for Fiji and Fiji’s national airline.

The aircraft began her inaugural journey from the Airbus’ manufacturing centre in Toulouse, France. Pausing briefly in Hong Kong, she will arrive at Nadi International Airport to a crowd of people eagerly waiting to see her touch down.

Air Pacific is rebranding and re-launching as Fiji Airways, which sees the airline return to its 1951 name of ‘Fiji Airways’.

‘We are delighted that the Airbus A330 was chosen as the “canvas” on which to launch the airline’s new brand ‘Fiji Airways’, said John Leahy, Airbus’ Chief Operating Officer – Customers. The A330s will feature comfortable seats with excellent legroom and in seat power and entertainment in Pacific Voyager/economy, and TV size entertainment screens and angled lay flat beds in Tabua/Business Class, proudly representing FIJI in the high end arena alongside the other big name international airline’s. 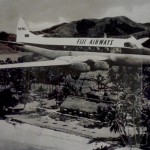 The new brand encapsulates Fiji with a traditional Masi symbol designed by celebrated local Masi artist, Makereta Matemosi. Makereta was both featured in and contributed to ‘Fiji Masi: An Ancient Art in the new Millennium’, the book written by Catherine Spicer and Rondo B B Me to educate and celebrate the role of this ancient art form in Fijian culture. 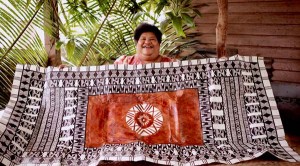 Her design will help our national airline stand out from the rest at some of the world’s busiest international airports.

Creating Masi is an age-old tradition in Fiji, usually upheld by women. Makareta started learning how to make masi from her mother and grandmother when she was eight years old and continued to learn the art throughout her teenage years.

An arduous process, bark from the mature paper mulberry tree (broussonetia papyrifera) is stripped, soaked and beaten into a cloth of desired length and texture using a mallet called ike (ee-kae), the resin in the bark acting as an adhesive.

The cloth is then sun-dried until it has white muslin like appearance and then stained with stencil designs cut from banana leaves, using natural dyes of black and brown hues obtained from soot deposits and red clay. These dyes are mixed with sap wrung from the bark of the mangrove tree.

In olden day Fiji, the cloth was primarily used for clothing, and while cotton and other textiles have replaced Masi as our daily attire, it is still often worn on formal occasions such as weddings, birth and death rites and for ceremonies of welcome.

Makareta said of her design,“I hope this Masi symbol means a lot to our nation, our people, and our visitors, because we are proud of our country and proud of the new Fiji Airways”.

We look forward to looking up to the clear blue skies of Fiji later today and watching as the first Airbus of the new Fiji Airways fleet makes her grand entrance into the country… and the history books. 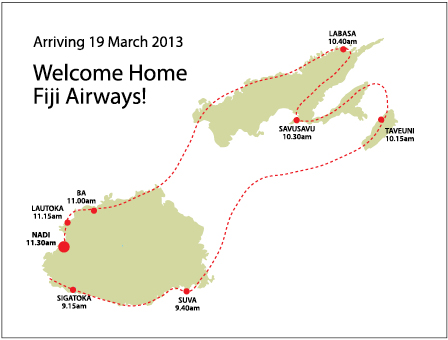