You are here: Home / Conservation / Whales in Fijian Culture

We have 15 species of cetaceans frequenting our waters (see table here). The most culturally significant of these species is the sperm whale. As in other South Pacific island cultures, Fiji places immense spiritual value on an object that although today has little ‘market’ value, was once used as currency; that is the tooth of a sperm whale – known as ‘Tabua’. 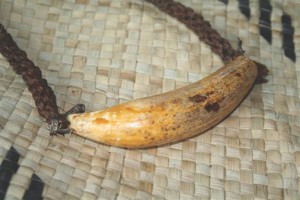 The teeth of stranded individuals are removed from the lower jaw (as they only have teeth in their lower  jaw) cleaned, polished and threaded onto a fibre necklace. They are not really worn (although apparently were by high ranking chiefs once upon a time), but presented as a symbol of great respect at special occasions such as weddings, funerals and births. 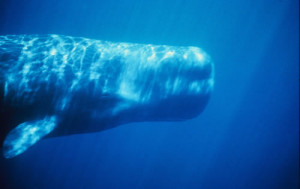 Tabua also appear in the first stage of a marriage ritual when requesting the hand of a maiden; a tabua is presented to the girls father, and if accepted, the couple are betrothed. When approaching a landowner for a piece of land upon which to build a house, or to plant crops, a tabua will usually be presented. A tabua is also used to emphasizes an apology. The size of a tabua determines its value, the larger the tooth, the more weight it carries. 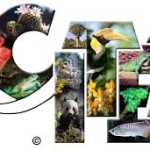 Because of their importance in Fiji’s culture and their rarity (sperm whales are listed on CITES Appendix I, CMS Appendix I & II, and the IUCN Red List as Vulnerable), you would need to obtain written permission from both the Permanent Secretary of the Ministry iTaukei Affairs and the Department of Environment to export a Tabua. An import permit for the country(ies) that it would be taken to would also be necessary.

All in all – a bit of a headache, so if you are not Fijian, it’s probably best to leave them here. You can find authentic looking carved wooden examples in the Handicraft Markets that make an excellent substitute – and lets face it, who back home would ever know the difference!