You may well be wondering why your cruising permit excludes Yadua Taba. Well…

Yadua Taba (Yan-do-a Tam-ber) is a small volcanic islet at the south-west corner of the larger island of Yadua. A signboard made from dried wood stands on the beach, which reads ‘Wildlife Sanctuary No Entry’.

After the discovery of a crested iguana on the tiny island back in 1979, and the public interested that followed, the National Trust of Fiji secured a management agreement to the uninhabited island and surrounding coral reefs, and established it as Fiji’s first wildlife sanctuary in 1980.

The Crested Iguana (locally known as ‘Vokai’) is one of the rarest, and to some, one of the world’s most attractive lizards. The species is endemic to the Fiji Islands where it is now restricted to less than 10 of the 300 or so islands of the archipelago.

Yadua Taba is special for another reason in that it contains tropical dry forest vegetation, one of the most (if not the most) endangered vegetation types in the world!

The island is also an important Hawksbill turtle nesting site. Interestingly, the first satellite tagging of a nesting turtle (named Marama ni Yadua by the villagers) took place on the island back in 2008. 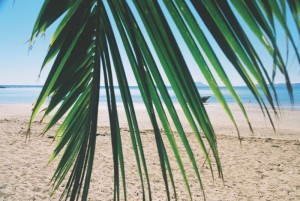 Over the next couple of months, she was logged feeding on the coral reefs within the Great Sea Reef (Cakaulevu) off the northern coast of Vanua Levu.

Since then, one more hawksbill and three loggerhead turtles have been satellite tagged on Yadua and have all remained within the Yadua waters for at least 8 months after tagging.

Most tagged nesters from around the Pacific have been recorded to swim to Fiji for feeding – a sign of our healthy waters!

No one is allowed to visit the island, and landing here is strictly prohibited, unless approved by the National Trust. Due to the ‘Critically Endangered’ status of the Fijian Crested Iguana (IUCN Red List), their listing on CITES Appendix I and threats from disturbance, a ‘community watch’ program was initiated, with regular policing by National Trust Rangers. 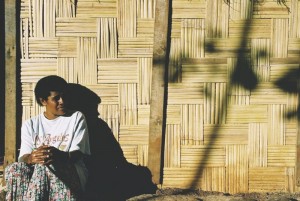 Today, the senior ranger is a fabulous character, Mr Pita Biciloa. Pita is charged with protecting the island on behalf of the National Trust. Hailing from the only village on Yadua, Denimanu, Pita’s mantra of ‘Pita the ranger, is no stranger to danger’ – recited often, and with a huge smile – sums up his dedication to the survival of this extremely rare species. 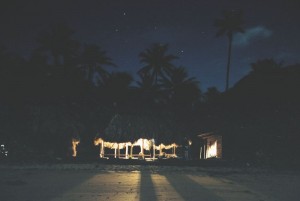 Doctor John Gibbons from the University of the South Pacific discovered this species in the late 1970s when he was invited for the screening of (the movie) Blue Lagoon.

Some parts of the movie featured the iguana. At the time, Dr Gibbons was studying the Fiji banded iguana and travelled to the island to identify the new species.

Dr Gibbons recorded it in 1979, the following year, a submission was made to government asking that the island be protected, and susequently it was placed under the National Trust of Fiji. 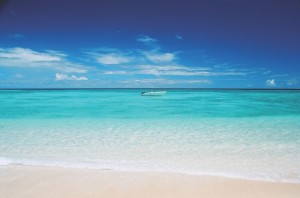 One of the beautiful beaches on Yadua Island.

The sanctuary has the largest and most impressive Crested Iguana population and it is the only wild location in the world where the population can be viewed with certainty.

More importantly, it is the location where the species has the best chance of survival – and hopefully greater than that, they will thrive!

The species faces possible extinction due to habitat destruction and competition from introduced species – which is why Pita and the National Trust team take their jobs so seriously!

VISITATION: For entry to the island, you will need to seek permission from the National Trust of Fiji.

National Trust of Fiji Sites to visit while in Fiji