On October 10th 1970, Fiji became an independent sovereign state, which ended 96 years of British rule. The first Prime Minister of Independent Fiji, Ratu Sir Kamisese Mara was presented with official documents certifying this at a grand ceremony in Albert Park, Suva by Charles, Prince of Wales.

Celebrations in honour of our 43rd year of independence will be held throughout the country, and you are encouraged to join in the fun!

Family and friends will join together to feast, drink kava, and generally make merry. The air will be filled with laughter, patriotism and pride. The national flag will fly high in the sky and adorn the faces of children in paint. 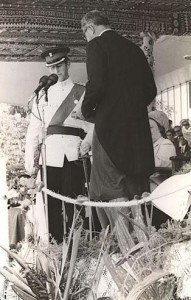 Officially granted Independence by a young Prince Charles in 1970

Vuda Point Marina will be marking the day with a live band, games and a bouncy castle for the kids and will be serving delicious Lovo platters. 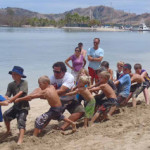 A full day has also been planned at Musket Cove Marina including modern and traditional Fijian games and Fijian cooking demonstrations with a ‘Bula’ themed dance taking you into the evening.

Popular anchorage spot – Robinson Crusoe Island have a full day’s program of traditional activities and fun for you to join in. 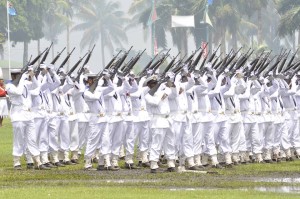 At Albert Park in Suva, the site of the official ceremony 43 years ago, festivities are set to begin at 9:30am when President Ratu Epeli Nailatikau arrives to watch over a spectacular 21 Gun Salute and Parade.

Wherever you are, be sure to get involved! 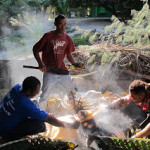 As a developing nation, there are obvious trials and tribulations that we all face, but on this day, we unite to celebrate our independence and lives throughout the beautiful country we are fortunate enough to call home. It’s the day we reflect on our nation and the pride we take in its achievements.

We cherish our culture, our traditions, our history and environment. We truly love our country and hope that as a visitor, you do too.

Wherever you are… Happy Fiji Day, from FijiMarinas.com!