You are here: Home / News / LEVUKA LISTED AS A WORLD HERITAGE SITE

Levuka is a historical town on the eastern coast of the island of Ovalau. Formerly the Capital of Fiji, Levuka has just been listed as the country’s first World Heritage Site!

The news was welcomed on behalf of the Fiji Government, and described as “historic” and “a wonderful day for Fiji” by the Minister for Education, National Heritage, Culture and Art’s, Filipe Bole, and the Attorney General and Minister for Tourism, Aiyaz Sayed-Khaiyum. Both Ministers said the declaration was a landmark day for not only the people of Levuka but also the entire nation. 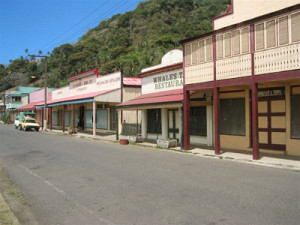 Recognised for “its low line of buildings set among coconut and mango trees along the beach front” – as a “rare” and “outstanding example of late 19th century Pacific port settlements”, the UNESCO World Heritage Committee said the combination of “development by the indigenous community” and “integration of local building traditions by a supreme naval power” – Britain – had led to “the emergence of a unique landscape”.

“This is truly a historical day – the first time any site in Fiji has achieved World Heritage status”, the Attorney General enthused. He also acknowledged that the declaration was a tribute to the people of Levuka, who had worked hard and lobbied tirelessly for the World Heritage classification.

“The citizens of Levuka can be very proud that their efforts have succeeded. This means that Levuka – in its present state – will remain as a snapshot, frozen in time, of a crucial part of our nation’s development and a permanent reminder of our unique history” he said, “It is a day for every Fijian to celebrate!”

The Minister for National Heritage, Mr Bole, said “This has been a wonderful example of cooperation between the citizens of Levuka, the National Trust of Fiji and the Government. Levuka has a wonderful future ahead of it”. 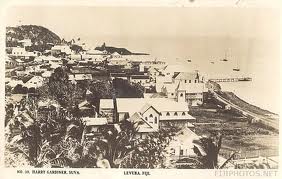 Levuka was founded around 1820 by European settlers, shipwrecked sailors and traders as the first modern town in the Fiji Islands, and soon became an important port and trading post. 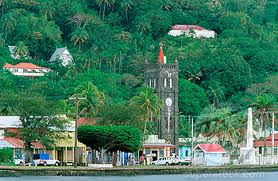 By 1870, the town had a population of more than 800, but by 1882 the move of our nations capital to Suva had been prompted by concerns that the 600-meter high cliffs surrounding the town gave it no room for expansion. So the town remains today, as it was then; developed only with respect to its former state – the saloons that lined the street are gone, but the quaint columned storefronts and weatherworn clapboard buildings have managed to survive the 130-something years since and Levuka has retained its magic. 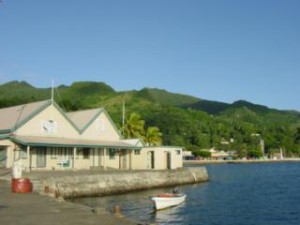 Levuka is a Port of Entry, and if this is where you decide to clear into Fiji, be sure to make contact by radio on Channel 16 once you reach the main wharf. Bunkering, watering facilities and ships’ supplies are available.